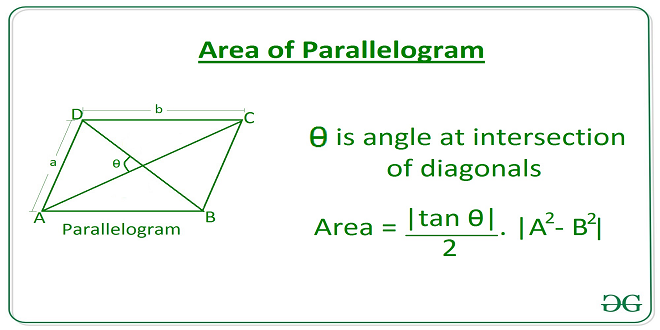 What is the Area of Parallelogram?

Consider a parallelogram having a base of length ‘x’ units and the height is ‘h’ units. Then the area of the parallelogram will be as follows:

What is a Parallelogram?

Consider a parallelogram PQRS. Therefore, sides PQ and RS are parallel and equal in length which means PQ ‖ RS and PQ = RS. Again sides PS and QR are parallel and equal in length. So PS ‖ QR and PS = QR. Again, the opposite angles ∠PQR = ∠RSP and ∠SPQ = ∠QRS. For a parallelogram, the sum of same-side angles is equal to 180 degrees so ∠PQR + ∠SPQ =180 and ∠RSP + ∠QRS = 180 degrees.

Parallelograms can be of different types and named as rectangle, square, and rhombus depending upon some specific properties which are explained as follows:

A quadrilateral can be considered as parallelogram when it satisfies certain properties which are mentioned as follows:

SJTU’s EMBA program offers unique advantages that can help you advance your career. The Antai …