Valladolid, a Gem in the Yucatan’s Crown

About an hour’s drive from the tourist hotspot of Playa del Carmen is the unique colonial town of Valladolid, a city named after the former capital of Spain.  It began its unique beginnings in 1543 a bit further away, but when its settlers complained about the mosquitoes and high humidity, the town was moved to the Mayan village of Zací.  Its buildings were taken down and the stones used to rebuild in the Spanish style which led to an uprising a year later.  That one was put down, and another uprising occurred a few hundred years later, artifacts of which have been found in the cenote at the church/fort/convent of San Bernardino de Siena.  The spark that began the Mexican Revolution was initiated here as well.

A colorful and picturesque town

Today Valladolid remains a charming, small town of about 46,000 people, many of whom are Mayan descendants.  In fact if you spend any time in the large and inviting Parque Francisco Cantón, the main plaza, you will most likely hear different dialects of Mayan spoken all around you.  It is not uncommon to see women dressed in traditional Mayan clothing in the grocery store.  The Spanish colonial buildings are well preserved and make up most of the structures within the town proper as well as the outlying areas of Santa Lucia and “Sisal,” the other name for the above-mentioned cathedral.  Valladolid is an excellent base for visiting nearby Chichen Itzá, Ek’ Balam, as well as some incredible cenotes, including well-photographed Cenote Dzutnip. It is easily reached by car or 1st or 2nd-class buses from many areas around the peninsula.

Outside of the main plaza is the large and picturesque Cathedral of San Gervasio, a church that is best appreciated at night.  There are fantastic restaurants all around the plaza, everything from cheap, more traditional fare to upscale Mexican and even Yucatec-style dishes.  And if you really need a fix from closer to home, you’ll find a Subway and Domino’s restaurant.  Visitors coming from the Riviera Maya will also appreciate the lower prices and slower pace of daily life here.

There is a wide range of lodging including extreme budget places.  For backpackers and others watching their travel budget, the two most highly rated hostels are La Candelaria, which is located in a very quaint plaza on the outskirts of town, and Hostal del Fraile which is very close to the bus station, the plaza, both cathedrals, and is on the very quiet, very Spanish-looking Calzade de los Frailes.

While here make sure to stop at the Cenote Zací, the local swimming hole.  It is a wonderful experience, the water is extremely refreshing, and the price is fantastic at only 15 MXN for adults ($1.25 USD).  At the top of the stairs is a well-received restaurant.  Some people are put off by the green color of the water and the highly visible, apparently rare, eyeless black fish called lub.  The water is actually very clean, and the fish pretty much stay away from you, as do the turtles.  There are ropes strung about the edges so that you can rest during your swim since the water gets very deep very quickly.  Reportedly swimming is not allowed during July and August, but I could not confirm that with officials.

Spanish influenced architecture at every turn

Valladolid can be appreciated in just a 2- or 3-day visit, but I’d highly recommend you give this town closer to a week, especially if you’ll be visiting the nearby sights.  Everything about this town oozes charm, and it just might easily become one of your favorite spots in the Yucatan. 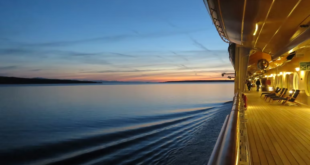