It’s one of the legendary stories of American car history—how, one day, head of General Motors Styling, William Mitchell, was out fishing off the Florida coast when he reeled in a short-fin mako shark. So smitten was he with this beautiful fish that he had it mounted on display in his office— its shimmering blue-to-white, graduated scales inspiring one of the most famous show cars General Motors ever produced.

Outshining even the pointed prow and stern of the car, the snug cockpit with its panoramic windshield, transparent double bubble hardtop with periscope rear mirror, and ostentatious exhaust pipes festooned along the body sides, the car’s paint job was breathtaking.

A deep dark metallic blue on the top half of the body gradually faded to gleaming white, matching the oceanic shark’s coloring. Far from being a simple show exhibit, the XP-755, later christened Mako Shark I, was an important interim Corvette development.

Clearly developing the theme of the 1961 Sting Ray Spider race/show car of 1961, the Mako Shark paved the way stylistically for the slightly toned-down 1963 Corvette Sting Ray cars, both designed for Mitchell by Larry Shinoda. The Mako Shark’s supercharged engine was later swapped for a standard Chevrolet V8.

The Ford Mustang might have become another esoteric oddball in the footnotes of motoring history, but for the intervention of brash Italian-American Ford product planner Lee Iacocca. When Iacocca first saw this prototype in 1962, his instinctive grasp of America’s unfolding demographics cut in immediately. The market craved a sporty car, not an actual sports car like this.

The Cobra was “invented” by Carroll Shelby, a Texas farmer and racing fanatic, who aimed to concoct a sports racing car that could stand up to Ferrari. His method was to shoehorn a muscular Ford Fairlane V8 260ci (4,261cc) engine into the “hull” of AC’s Ace sports car.

The simple, ladder-frame chassis and aluminum body were handbuilt in the UK by AC and shipped unfinished to Shelby’s auto workshops in California where the engines from Ford were fitted.

Conceived as an image-booster for the ailing Studebaker company, the fiberglass Avanti was a striking GT car. Studebaker president Sherwood Egbert first conceived such a sporting flagship but it was styled by Raymond Loewy, the legendary American industrial design genius most closely identified with the curvaceous Coca-Cola bottle.

In the Wagoneer, the Sport Utility Vehicle (SUV) was crystallized. It was the first off-road vehicle with selectable four-wheel drive, purpose-designed to be just as suitable for cruising on highways.

The Testudo may look as extreme as any “dream” car of the early 1960s, but it had one crucial difference: it worked. Almost as impressive is the fact that the Testudo was conceived and constructed in a mere two months, from January to March 1963, causing a wave of excitement when exhibited at the Geneva Motor Show.

Bond’s most impressive on-screen gadget, the Aston all but stole the show when Bond’s captor was sent hurtling through the roof in an ejector seat. Replicas of the “Goldfinger” DB5 toured the world, drawing huge crowds years after the 1964 film had left theaters. 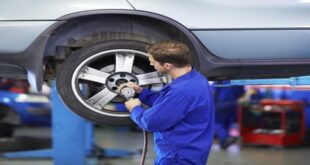